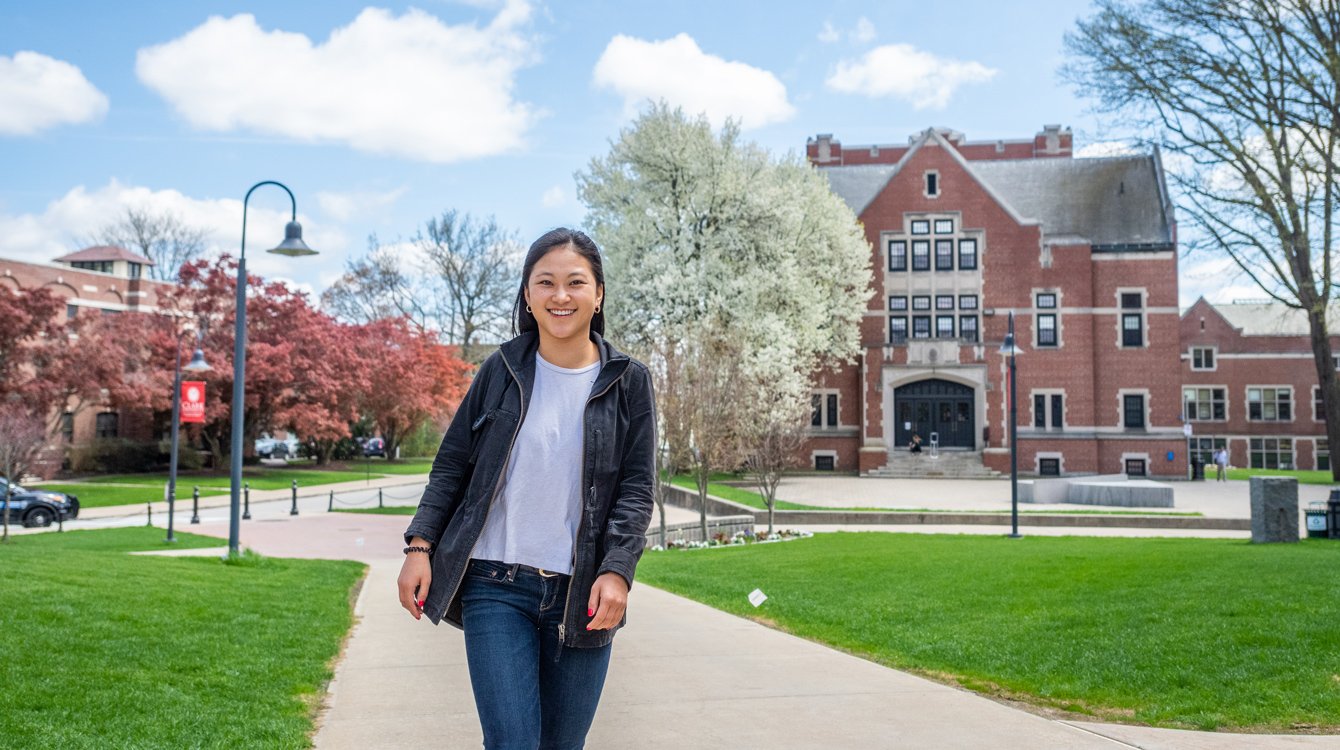 Grad reflects on academic journey, looks ahead to career

The past few weeks surrounding graduation have been filled with a range of emotions — sadness, nostalgia, appreciation, excitement, and fulfillment. Just two weeks ago, I graduated with a Master of Public Administration (MPA) from Clark University’s Accelerated B.A./Master's degree program.

My journey to this point was a spiraling, unexpected, yet instinct-driven one.

I enrolled at Clark University in fall of 2014. As a student athlete on the women’s soccer team, I arrived on campus for preseason, which gave me a chance to explore the new city, campus, and get to know my classmates.

Soccer played a tremendous role during my time at Clark. I adopted a new family of friends, coaches, and an athlete network that served as the community I launched my leadership endeavors within. For the next three years, I devoted everything to the sport, those girls, and the network that I had so vehemently nourished.

In a matter of a semester, however, my Clark trajectory took a massive detour.

During my junior year, in spring of 2017, I studied abroad in Shanghai, China. I’d never traveled outside of the country before. Twenty years ago, I was adopted from China and I’d always longed to return and explore my country of birth. When I embarked on my journey, I started a blog to keep track of all of my trips while in Asia — for family, friends, and for myself.

About two and a half months after being in Shanghai — taking English-taught classes, a Chinese class, and holding an internship as an English teacher for elementary-level students — I already knew I had to return. Not until I came back to the U.S. and reflected on my time abroad did I realize why I was so in love with China — a culture that (quite frankly) I had felt no deep connection to until my semester abroad.

The allure of China stemmed from the challenge it presented me.

Here I was, an American-raised Chinese girl who grew up in Manhattan and Washington, D.C.  Everyone in China looked like me, but I couldn’t communicate with them. Living in China, speaking in Chinese, and day-by-day infusing myself with the culture around me, brought me closer and closer to identifying as Chinese. This was the ultimate goal I felt destined to achieve.

I talked with my parents early on in the semester and informed them that I wanted to return to China. I was enrolled in Clark’s accelerated Fifth Year master’s program and through much back and forth with the deans of my program, we determined that it would be possible for me to study abroad spring semester of my senior year (2018). The only caveat: I would have to take graduate classes during the evening in the fall of my senior year and this conflicted with the soccer season.

After my family and I determined that pursuing China was my final decision, I called my coach. It came as a shock to her to hear that I was quitting, and my teammates as well, but everyone understood and supported the dream I began to chase.

Senior year went by pretty quickly for me. Then spring semester came around and I was back in China — this time, in Beijing. Solely focusing on language study, I knew that I needed to continue exercising my practice of Chinese upon my return for the fifth year of school. I reached out to a Chinese classmate and asked if he had any girl friends who could be my language buddy. He connected me to a Chinese student, Huizhong, and we quickly became friends. Throughout my time as a graduate, Huizhong and I talked over WeChat, went to the Asian supermarket together, and she helped answer all things China-related. She was my go-to contact that kept me connected to the country I’ve become so fond of. 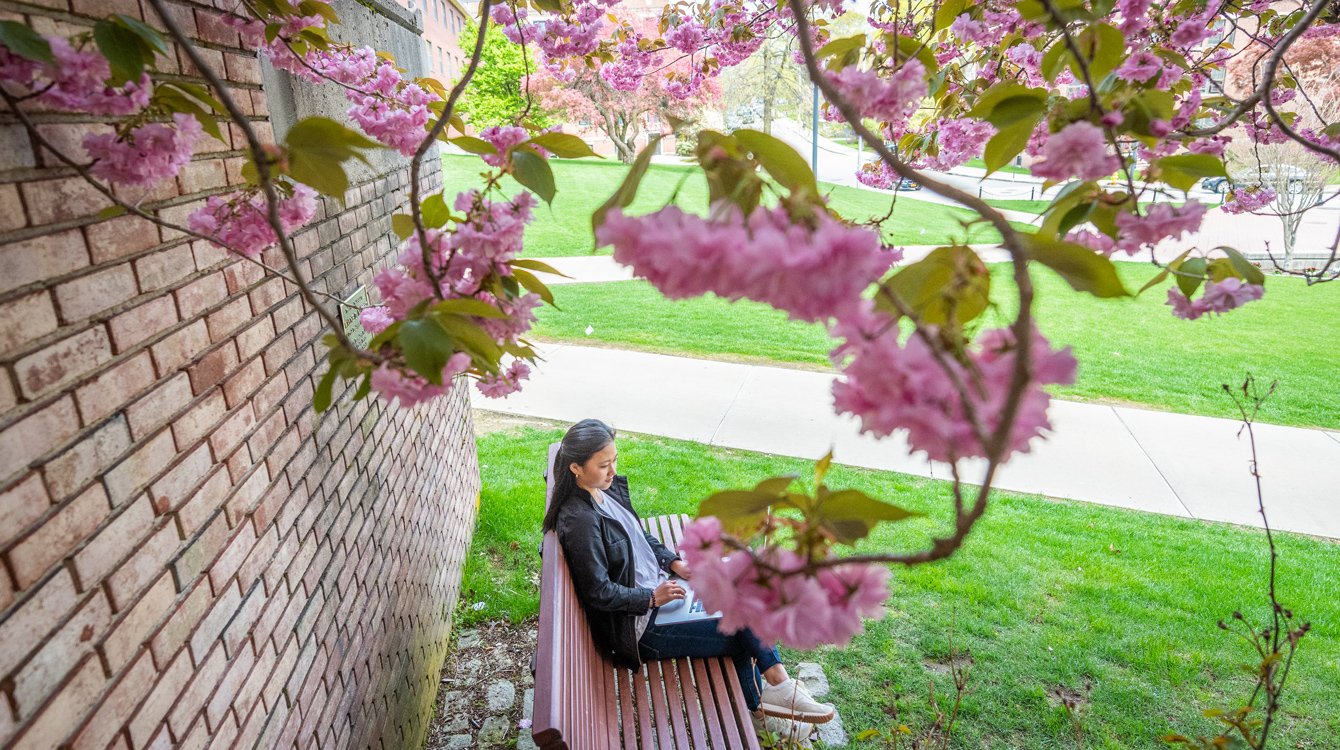 As my final year at Clark was heavily underway, I found myself grabbing opportunities to do things that I neglected to do as an undergraduate in my athlete bubble.

Clark’s student-run international dance showcase, Gala, was one of them. I participated in the Bangladesh dance with several old and new friends. Dancing traditional- and modern-styled Bangladeshi choreography, we were one of twenty-seven dances representing countries from around the world. It was truly a spectacle.

Apart from extra-curriculars, I also held on-campus employment positions during my fifth year at Clark. In the fall, I served as an assistant to the Study Abroad Office — speaking about my experiences abroad so that I might inspire others to temporarily migrate their education elsewhere. During my final semester, I also assisted my adviser, Assistant Dean Mary Piecewicz, in launching a new Master of Public Administration (MPA) for Senior Leadership program catered to public sector professionals. I worked alongside Dean Piecewicz and the former mayor of Worcester, Joe O’Brien, actualizing this project.

A few weeks ago, I read a speech at the School of Professional Studies’ end-of-the-year gala. Here, I thanked my adviser, Dean Piecewicz, for all that she has been for me. She and I developed quite a close relationship over the course of my internship.

Wrapping up my final days in Worcester came with a great sense of sadness — looking around at all the familiar streets, houses, buildings, restaurants, and go-to spots and reminiscing on the memories I have of those places with the people that have been part of my life.

However, my dream-chasing has just begun. I head to Tainan, Taiwan on June 17th for two months on a State Department scholarship to continue my Mandarin language study. With the more immediate goal of becoming fluent in Chinese, I hope to pursue work in Sino-U.S. government relations. Whatever route that is, I am honestly not too sure of any specific end goal. But if there is anything I have learned from my time at Clark and the journey the past five years has granted me, it is that plans are always subject to change. The best thing I can do is to be open and willing to embrace that change—to value a diversity in experiences through different people, places, and cultures.

Simone McGuinness '18, MPA '19, will be studying Mandarin at the National Cheng Kung Univeristy (NCKU) with an award from the U.S. Department of State Critical Language Scholarship (CLS) Program this summer. She majored in Psychology with a minor in Asian Studies, receiving a Bachelor of Arts from Clark University in 2018. Simone participated in Clark University's fifth-year master's program and earned her Master of Public Administration (MPA) in May 2019.